Kids into a Gadget 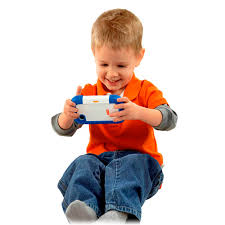 
My kid are into gadget My  son plays with his  iPad  because he broke the  charger last week his not play the games in the Ipod  anymore   he broke it  what I  wanted to teach him a lesson  his not play him anymore  he makes me mad.  Last Month I bought Tablets on our vacation in  our Country Phil. because I knew he  like to play games when his home  I have my Ipod but I would rather let him play in the tablet because  Ipod is expensive now a days good thing  I bought in the Phil. while we was there.  kids are into games I'm glad my kid has a tablet. I am looking in Amazon a charger for my Ipod  wish me luck I got nice one.  A  parent is really worried their child is getting addicted, and the time spent on smartphones is a lot more than their peers  parents should try to set down some sometimes compromise agreements between the child  meaning  I would not allow him to play for a couple of hours only when he is done all his home works and school  activities.